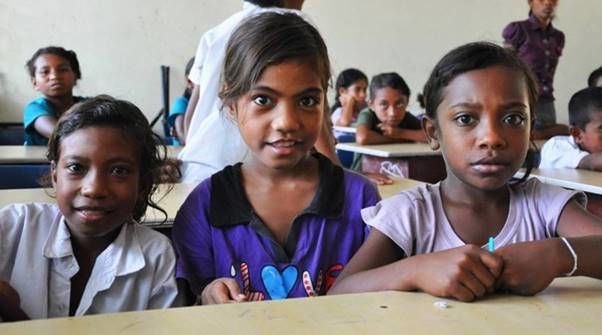 From Mr James Allen
Rotary Club Sydney to all Members

Members and supporters of the Rotary Club of Sydney will recall that in 2012-13 we started a major public health project in Timor-Leste. The aim was to eliminate Lymphatic Filariasis (LF) which is a nasty mosquito borne parasite that causes elephantiasis, and to substantially reduce the incidence of intestinal worms in children. We worked with Professor Peter McMinn and his team from the University of Sydney on this project who provided the technical expertise and training needed.  The project was also supported by a Global Grant from the Rotary Foundation.

I am pleased to report that the project has been very successful.  It took longer to get going than we had hoped but there have now been two consecutive years of nationwide drug treatment to all eligible individuals within the country. The subsequent impact surveillance supervised by Prof McMinn has shown that the country is on the right track to eliminate LF by 2020 after a further three annual rounds of Mass Drug Administration (MDA) treatment.  Data from the Impact Survey also shows that there has been a nationwide reduction in the prevalence of worm infection of 63% in school-aged children compared to the 2012 survey data. High intensity infections have been virtually eliminated from the Timorese population and results suggest that full elimination of such infection is achievable over the remainder of the program. A detailed report on the results of the Impact Survey has been presented to the Minister of Health. A copy of this is available on request.

The Rotary involvement in this project is now complete and the final report has been accepted by the Rotary Foundation which closes the Global Grant. The balance of the program will be supported by the Korean International Cooperation Agency (KOICA).  One of the key activities of the project team was to advocate on behalf of the project and find a donor to fund the balance of the program. KOICA would probably not have provided that support unless it had been convinced that the Ministry of Health now had the capability to manage a program such as this. The training and development for this was provided by Prof McMinn and his team. This strengthening of the health system in Timor-Leste will be one of the major long-lasting legacies of this project.

Thank you for your support of this project. We would not have achieved this great result without it. I would also like to take this opportunity to thank Prof McMinn for his tireless efforts in making this project successful. His patience and commitment to this effort have been nothing short of amazing.